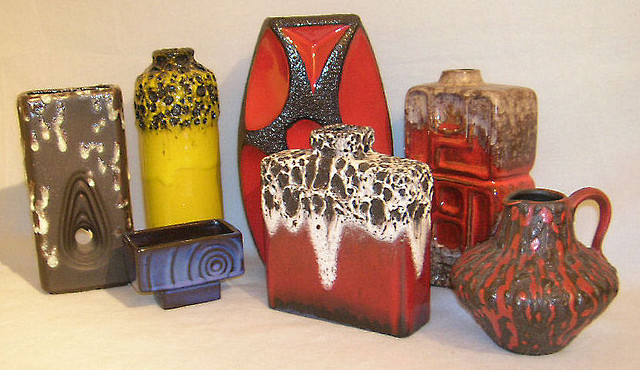 "Fabrikmarken ABC" / factories from ABC as Annaburg, Bunzlau, Carstens to Z as Zell /
earthenware, stoneware and porcelain.
Spritzdecor was produced mainly in Germany, up to 100 factories, exported to all European countries
and USA. Geometric and other non-objective pattern 1927-1933/35, flowers etc. 1932-1939/45. However there were factories in other European countries as well, like Austria, Belgium, France, Netherlands, Italy, Poland and Portugal. Factories in former Czechoslovakia as Bihl and Ditmar - Urbach should also be mentioned. They exported mostly to France, Belgium, Netherlands and USA.

From the Collection of Volker Hornbostel 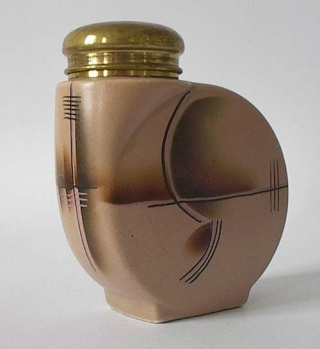